Hong Kong Losing Out on Benefits of TPP Trade Pact

Far removed from today’s headlines, a small but highly influential group of major trading countries has been quietly meeting over the past two years to map out the next generation of trade rules for the Asia-Pacific region.

This somewhat obscure collective, unexcitingly called the Transpacific Partnership or TPP, was formed in 2005, not by the United States, Japan or any of the region’s economic heavy weights, but by Brunei, Chile, New Zealand, and Singapore.

Since its inception, five other regional economies — the United States Australia, Malaysia, Peru, and Viet Nam – have signed on and are now negotiating what is being billed as a “cutting edge, 21st century trade agreement,” with ambitions to push the envelop on trade liberalization and venture where the WTO and APEC have largely failed. 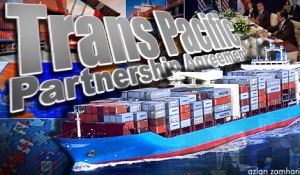 With most tariff barriers in the region removed by FTAs or previous trade rounds, what remains are the so-called “behind-the-border” impediments to trade and investment.  This is where the TPP is trying to be a pioneer, and its proponents are pinning hopes on it becoming the vehicle that takes us toward a future Free Trade Area of the Asia Pacific agreement that would include all of APEC.

TPP negotiators, who will meet again September 6-15 for the fourteenth time in two years, have been down in the trenches fashioning new rules on such arcana as regulatory convergence, supply chain management, and cross-border services trade.  While hardly sexy, these issues are the indispensible facilitators of global trade.   The TPP is also making a big fuss about its efforts to help out the region’s small and medium-sized enterprises.

Most of these “emerging” trade areas are where Hong Kong already has unique advantages, e.g., its firms are leading innovators of supply chain management and service knowhow.  Further liberalization of services, now over 90% of its GDP, will undoubtedly play to Hong Kong’s historical strengths and help stimulate growth and employment.   Given that most TPP members are major service economies, the TPP offers Hong Kong a fast-track services liberalization agenda consistent with its GATS offers in the WTO and its own stated economic goals.

Yet Hong Kong is completely missing in action from TPP negotiations and has chosen not to even send observers, as Japan has done.  When asked about regional trade arrangements, Hong Kong officials like to trot out the usual mantra citing their preference for multilateralism over regional trade deals. 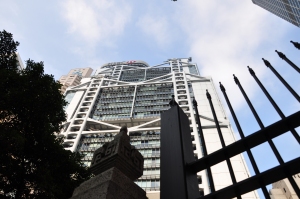 While Hong Kong’s total trade with the current TPP negotiating partners, now only about 14%, may seem insignificant, that figure rises to close to 30% when we include prospective members, such as Japan, Korea, and Taiwan, as well as Canada and Mexico who have made recent moves to join.  Looking just at services, Hong Kong’s trade with this same grouping exceeded 40% of the total in 2010.  By sitting out the TPP, Hong Kong risks not only losing bargaining power in any future services negotiations but also falling behind a growing pack moving up the liberalization ladder.

Hong Kong likes to think of itself as a regional hub, but its spokes point mainly in one direction.  If it is to realize its self-proclaimed status as a leading regional financial and services center, the city needs to be more ambitious and innovative in its trade agenda.  That’s why its complete absence from the TPP is so bewildering.

If the region is to reap the benefits of moving toward a single market, state of the art trade rules that address “behind-the-border” barriers need to be firmly established.  Hong Kong, with the freest economy in the world and its autonomy over trade matters presumably still intact, has so much to offer the TPP, and equally much to gain.  It’s a pity, therefore, that the new Chief Executive is skipping the APEC Summit, and with it, a golden opportunity to request Hong Kong’s rightful place at the table in defining the next generation of trade rules.

A version of this article was published in the South China Morning Post, 6 September 2012.