The massive leak of US national security secrets by Wikileaks and Edward Snowden has raised some uncomfortable ethical questions for journalists and media organizations around the world — what is responsible journalism and should freedom of the press trump national security?

These were among some of the big themes of a recent international conference, “Media Law and Policy in the Internet Age,” hosted at the University of Hong Kong October 18-19.  The august gathering, which attracted journalists, legal experts, and officials from around the world, tackled a host of media law issues at the forefront of today’s challenges to free press and free speech — defamation, privacy, and regulation and the impact on these of the Internet.

But perhaps no issue encapsulated more the growing rift between the press and government than the media’s coverage of national security and state secrets.  And the discussion at the conference was far from an academic one, mainly because of who showed up. 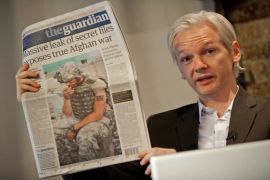 Gill Phillips, The Guardian newspaper’s legal adviser, defended the role of the media in reporting on leaked government secrets, arguing it was justified in the public interest. “Listen, it’s not the media that stole the diplomatic cables or took the NSA material,” she told the audience. “The Guardian did what every journalist would do.”

But being in possession of such a treasure trove can also have its downside. “It’s also a big burden because editors have to decide what to do with the information, sometimes knowing that there could be negative consequences for those we report about,” Phillips said.

Jennifer Robinson, one of Wikileaks’ legal advisers, said the anti-secrets organization should be protected under free speech laws because it was legally a publisher. “The principles of going after Wikileaks are the same as those of going after The New York Times,” she said.

Robinson criticized the US government for using the “archaic” 1917 Espionage Act to prosecute Wikileaks. “There has been no successful attempt at prosecuting publishers to date. Wikileaks would be the first, which is troubling.”

She said that the government’s efforts were already having a chilling effect on the media and journalistic practices, noting that The New York Times now had a practice of showing the US government what it was about to publish in certain cases.

But not everyone was convinced it was right for the media to sacrifice national security in the name of press freedom.  Lord Lester, a key architect of the recently passed Defamation Act 2013 in the UK, cautioned that, “when dealing with the government’s need for secrecy, it’s important not to be too dogmatic and to consider the other side. You need to hear from the government and get into the minds of those who oppose you,” he said. 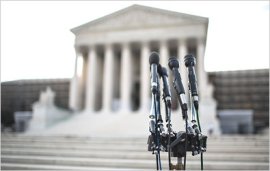 One legal expert disagreed that it was wrong for the media to consult with governments before publishing certain articles. “The New York Times engages with the government, not because it’s afraid of being sued, but because it’s responsible journalism,” said Robert Balin, a US lawyer specializing in cases involving defamation, privacy, and newsgathering torts.  Balin also questioned whether anyone who puts up a site on the Internet could claim to be a publisher.

But for many conference participants, debating such issues among Western democracies was a luxury, given the growing arsenal of new and ever more pernicious government restrictions on the press sweeping the Asia region. “In comparison, the problems in Southeast Asia are fundamental,” said Malik Imtiaz Sarwar, a prominent human rights lawyer and leading advocate of rule of law and civil liberties in Malaysia.

Sarwar described a regional environment where non-democratic governments had grown accustomed to the benefits of corruption and had chosen to stifle dissent under the veneer of legitimacy in order to stay in power.

“In Malaysia, for example, the penalty for criminal defamation is two years jail time, for sedition three years, for activity detrimental to Parliamentary democracy, whatever that is, it’s 10 years, as is raising money for it,” said Sarwar. “These so-called ‘security’ offenses disallow evidence or truth in court, and the authorities can wiretap and use other intrusive methods with impunity.” 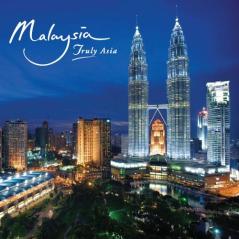 He said that national security laws in Malaysia were increasingly being used to regulate the press, through revoking permits, applying sedition laws, and filing defamation cases.  The government has also recently started going after Internet content, despite having said it would not regulate it.

“Islamic law is also now being used to stifle free speech. What we are seeing is a breakdown of rule of law in many Asian countries, particularly in the increasing use of speech crime.”

Sarwar said that regional governments’ exploitation of so-called Asian values was partly to blame. “It means that citizens have rights, but the individual should not put himself above the interests of the state. This is what I mean when I say the problems in the region are fundamental,” he said.

Closer to home, Legco member Dennis Kwok questioned the need for a new national security law in Hong Kong required under Article 23 of the Basic Law.  “Under existing legislation, we already have enough to cover sedition and other national security crimes,” he said.  “We just need to make minor amendments to certain laws, like the Crimes Ordinance, to include sedition against the PRC.”

Kwok said the problem with the previous attempt to pass Article 23 in 2003, which brought 500,000 people out onto the streets in protest, was that the government tried to ram it through without defining “state secrets” and other vague concepts.  He said that while Hong Kong had a constitutional obligation to enact it, the current political climate was too divisive, which meant that any attempt to pass it would have to wait until democratic reforms were in place to elect the Chief Executive and Legco by universal suffrage.

Related reports on the broader issues addressed at the media law conference can be found at HKU’s Journalism and Media Studies Centre website.