Since the 1970s, every indigenous male descendent of a Hong Kong villager has been entitled, when he turns 18, to build a three-story house on village land provided by the government free of charge.

This is specified in Hong Kong’s Small House Policy and in its mini-constitution, the Basic Law, says the Heung Yee Kuk, the powerful body representing New Territories villagers in Hong Kong.

Critics, scholars, and former officials, however, argue that such rights were never enshrined in the Basic Law. Rather, the policy was designed to help villagers meet housing needs. They say it’s not an age-old custom, but a policy dating back to the 1970s. This means it can be amended or canceled when conditions change.

But why would any villager consider even for a micro-second allowing the government to change the system? With Hong Kong’s skyrocketing housing prices, every male villager effectively becomes a millionaire the moment he’s born. But few “villagers” actually live in their villages, as most have moved to urban areas or overseas, and continue to exploit their privileges, helping distort Hong Kong’s housing market.

The policy’s biggest impact, however, continues to be felt where Hong Kong can least afford it – on its treasured and fragile natural environment, already perennially under threat from development. Unlike Hong Kong’s country parks that are generally well protected, many forested areas surrounded by or adjacent to the country parks, the so-called “enclaves,” do not receive the same level of protection. Activists fear that roughly half of the enclaves now being considered for country park designation will not meet the government’s standards for protection. Areas that don’t make the grade will be put under the government’s Planning Department and vulnerable to small house and other forms of development.

One of the most picturesque of these enclaves is Hoi Ha, in northeastern Saikung district in the New Territories. Located along a small bay that empties into the South China Sea, the village is backed by lush hillside and surrounded by forest, meadows, and fresh water streams. Hoi Ha borders a marine park and is home to 450 species of flora and fauna, according to an NGO survey conducted in October.

In a November 29 letter to the South China Morning Post, seven ecologists from the University of Hong Kong wrote that “Hoi Ha Wan Marine Park is unique in Hong Kong and southern China with very high marine biodiversity. The intertidal soft shore of Hoi Ha Wan sustains the highest species richness of marine invertebrates among 41 soft shores surveyed within Hong Kong, while its reefs are host to 64 stony coral species and over 120 coral-associated fish species.” They also warn that “the construction of the 60 to 90 small houses envisaged … will destroy or fragment natural habitats and reduce biodiversity.”

Prospects for protecting Hoi Ha and designating it a country park enclave, however, do not look good. “As of now, country park designation is not quite suitable for Hoi Ha, although that is not a final decision,” said Dr. June Leung, Conservation Officer with the Agriculture, Fisheries, and Conservation Department, in a telephone interview on November 25. “We look at a set of criteria, and they tell us Hoi Ha is more suitable for an ‘outline zoning plan,’ which would be equally effective in protecting it against inappropriate development.”

Under the current draft outline zoning plan, the government’s Planning Department is proposing designating 2.6 hectares in Hoi Ha for 84 houses “to cater for housing demand in the next decade.” After the public consultation period, which ended November 27, the government will publish the comments it received and seek additional views on the results of the consultation.

Activists and some residents counter that the government has underestimated the ecological value of the area and are bracing for the worst. “Once the zoning to permit village house construction is confirmed, property developers can remove vegetation and even fill in the site with waste. All these activities are allowed under the zoning,” said Chu Hoi-dick, of green group Land Justice League, in an interview with the South China Morning Post.

Nicola Newberry, chairwoman of the NGO group Friends of Hoi Ha, was even more pessimistic, saying that suspicious demolition work was already being carried out in the area. 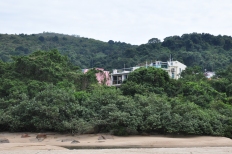 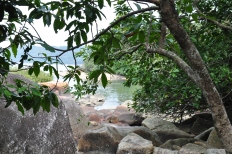 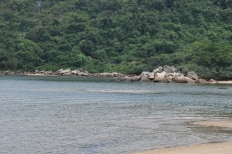 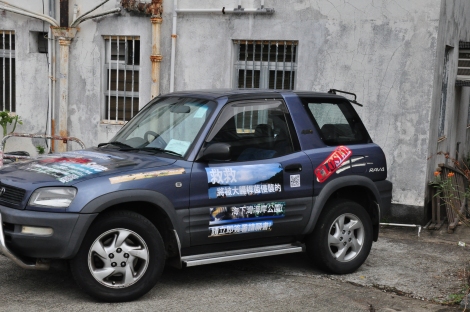 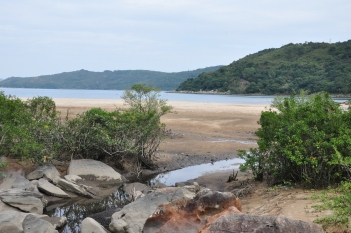 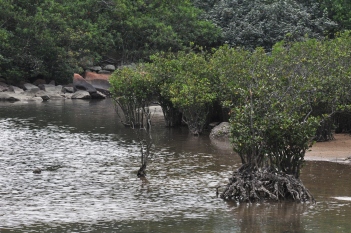 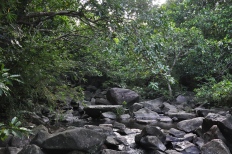 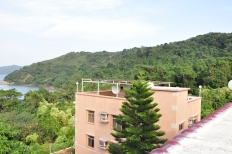